Since its founding 10 years ago, launchlabs has been located at Engelbecken in Berlin, a listed commercial building from 1903 in the middle of Berlin-Kreuzberg. This is where old meets new, tradition meets innovation, craft meets art and agencies, and East meets West.

The launchlabs chose this location quite deliberately: a factory loft at the beautiful Engelbecken, the small water oasis with swans, turtles and a heron – whose waist-high water often freezes over in winter for ice skating. Despite the small refuge, the Engelbecken borders directly onto Kreuzberg’s creative neighborhood around Oranienplatz and is easily accessible by bike or via Ostbahnhof.

The Engelbecken itself was created from the Luisenstädtischer Kanal, which was laid out in the mid-18th century as a traffic route between the Spree and the Landwehrkanal, but was filled in again in 1926. With the construction of the Wall, the border fortifications that spread through Kreuzberg were built on the green strip. Due to the division of Berlin, the Engelbecken was also filled in in the meantime, and even today small asphalt markings in the cobblestones at regular intervals bear witness to the Wall posts directly in front of the Engelbecken courtyard.

So in February 2012, launchlabs moved to the 1st floor of Aufgang 5, our so-called “Playground”. 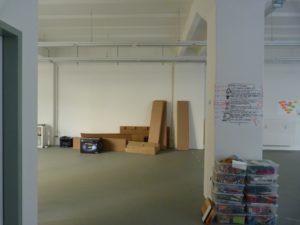 But what do you do with 200 square meters of space and walls almost 4 meters high? 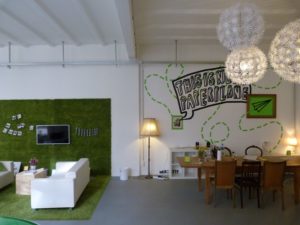 Of course, the first thing is a community space for meetings, exchange and conversations of all kinds. For launchlabs as an organisation, encounters at eye level are at the core of our identity: right from the start, everyone, regardless of any hierarchical levels, brews their own coffee and also puts their own coffee cup in the dishwasher. Secondly, places of retreat and quiet came into play, such as the tree house or the telephone booth hidden in the back wall of the tribune of the workshop room. Places that might surprise and that invite you to (re)think! 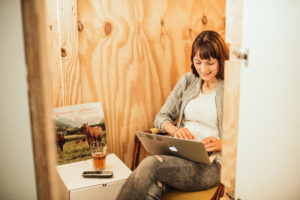 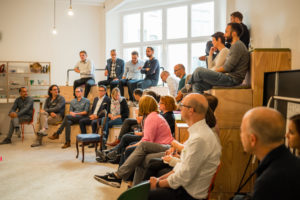 For meetings at eye level and agile working, we have also developed our flexible furniture on castors and the ultra-light whiteboards in co-creation with our partners: our furniture line what if we fly. In the meantime, there are – fortunately – many co-working spaces, innovation labs and creative workspaces. However, the advantage of the what if we fly furniture is the consistent implementation on castors for flexible set-ups, from teamwork to concentrated work to plenary sessions. 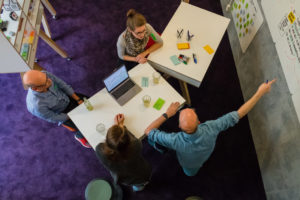 And because the launchlabs feel most at home in the creative neighborhood of Kreuzberg, a mural painting welcomes visitors to the first floor of our offices. Since the founding days of launchlabs, the mural has been designed by a new artist every year. With the exception of our anniversary years, such as the 5th anniversary of launchlabs, the artists have a free hand in terms of theme and design: A manifesto of letting go and trust. At the same time, it breaks routines when a new mural suddenly shines in the face of the launchlabs team and guests. It provides and triggers new perspectives and offers – following the nature of art – enough material for conversation about the pros and cons as well as the comparison of the old and the new. 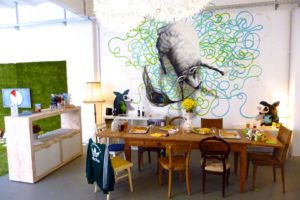 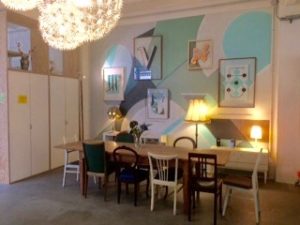 2019 – The launchlabs are growing: We need more space!

At the beginning of 2019, the launchlabs were able to move into an additional 400 square-meter core-renovated space on the ground floor of the Engelbecken-Hof, our so-called Greenhouse. The glass walls illustrate the transparency and openness, which we cultivate at launchlabs. 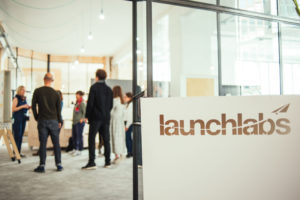 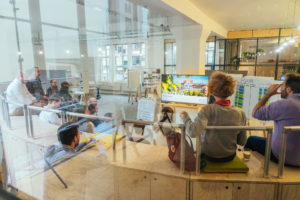 As in the Playground, everyone in the Greenhouse can work ergonomically at a normal or standing, retreat to a telephone booth or the bunk, discuss things in an armchair or at our kitchen dining table. Or simply step outside for a walk & talk around the Engelbecken – or two or three. If we want even more fresh air, the launchlabs go on a Workation or use our Flying Office Bike – the latter always headed towards the nearby pond. 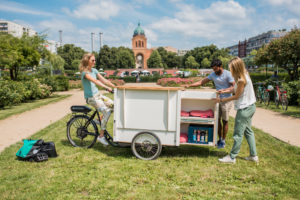 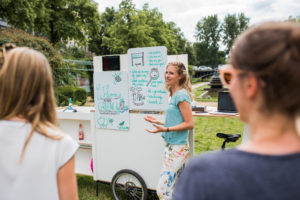 Especially in times of the pandemic, encounters in fresh air have made physical meetings easier for us and sweetened the habitual home office. At the same time, we have expanded our premises to include studios with green screens. This allows a sense of proximity and interaction even in virtual or hybrid workshops and meetings. In this way, we can continue to choose (air) travel wisely in the future and bring accross the unique atmosphere of the Engelbecken virtually as well. 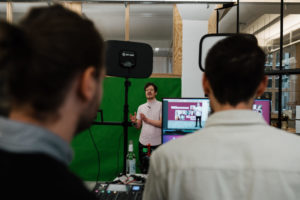